CD2 – Then & Now
However, the project did not stopped there. Several unused tracks were found on the multitrack tapes, which, now taking advantage of the unbound opportunity provided by their own studio, were finalized. The current members of Djabe, Áron Koós-Hutás (flugelhorn), Péter Kaszás (drums), János Nagy (keyboards) also played on these recordings, such as Pier 95 and Sunrays.
Tamás also composed a new composition based on Sipi’s original and unused drum and vocalrecordings, which became We Are Okay.
An old-new composition, Lost In The Desert, was also written around a fantastic unusedviolin solo by Ferenc Kovács, in which a previously recorded guitar solo by Steve Hackett and Sipi’s vocal track can also be heard. Of course, Attila Égerházi, Tibor Karvaly, Tamás Barabás and Ferenc Muck also contribute to these two compositions.
On the second CD we can hear a renewed recording by Égerházi, Karvaly, and Gesztelyi-Nagy Judit; Fragments, from 1993. On the album also can be heard Sipi’s 1995 conga solotitled Sipi Falls and three recordings from the first Djabe concert ever. These were recorded on April 7, 1997 in Budapest, with a line-up of Égerházi, Sipos, Muck, and Barabás.
One of the greatest delicacies of the album is András Sipos’ 15-minute djembe solo, which, moreover, is not a concert, but a studio recording.
Égerházi has a rarely played in live guitar piece titled Venezia. A version of it from the Pecsagig recording made in 2006, is also featured on the Then & Now. The second CD from the 2016 Djabe20 concert closes by Hagar Qim and Déjá Vu. 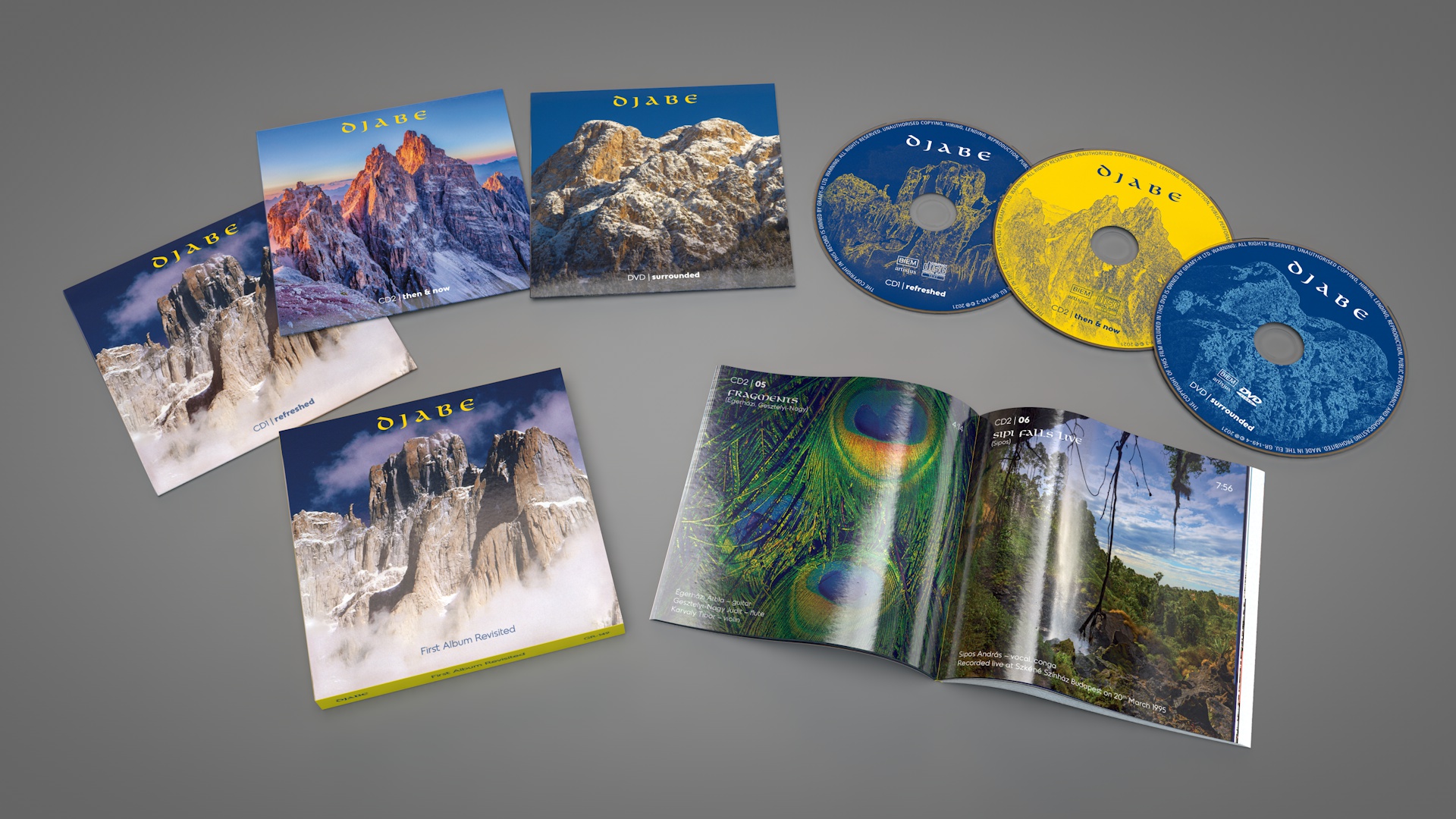