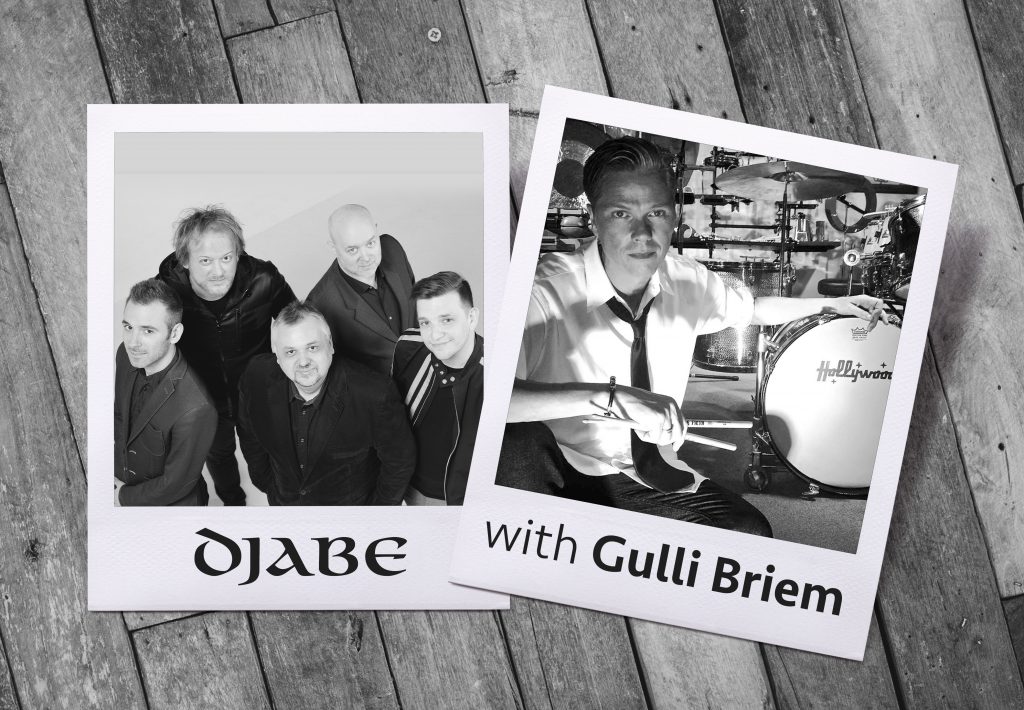 Culture Center for Youth and Leasure ‘Ifiház’, 27/A Győri kapu

Djabe tours frequently with Gulli Briem, drummer of Mezzoforte, since 2012. In 2017 the England-based Cherry Red Records released their joint album Life Is A Journey – The Sardinia Tapes, which quickly became one of the top selling albums of the company (internationally). Gulli Briem came to fame as a member of the band Mezzoforte. The renowned drummer listed as a co-composer of the song Garden Party, one familiar from the top of international charts. On June12, 2018 Djabe performs with Gulli in Miskolc., they bring their emergent compositions from their joint albums, and the new pieces from Djabe’s new album Flow, set to release in May, to the stage of ‘Ifiház’. Péter Kaszás, the drummer of Djabe will attend at the gig too, of course. Djabe, winner of Fonogram and eMeRTon awards, made its major success internationally, performed in 42 countries and well respected by both the professional musical scene and its audience.

Djabe followed a highly intensive release strategy in the last years. In 2017 the band released the live concert album New Dimensions Update Live on LP, CD, master tapes and options for download and stream. This was the first release of the band after its refresh in 2016. Also in 2017, Cherry Red Records released two albums in CD+DVD format: Steve Hackett & Djabe: Summer Storms and Rocking Rivers and Djabe & Steve Hackett: Life Is A Journey – The Sardinia Tapes reached second and fifth positions on the company’s international top sales list. The Sardinia Tapes, featuring 2016 studio recordings at the island of Sardinia and composed by Tamás Barabás, also released by Gramy-H, ltd. in October 2017, in double vinyl format.

In February 2018, the concert album Djabe with Steve Hackett & Gulli Briem hit the shelves, in the form of a CD+DVD pack; the album’s content was recorded throughout the tour of July 2017: material on the CD recorded at the Miskolc gig, while the DVD featured content performed at Budapest.

In early 2018 the works begun on the new Djabe studio album, with a line-up of Tamás Barabás (bass guitar), János Nagy (keyboard), Péter Kaszás (drums), Áron Koós-Hutás (trumpet) and Attila Égerházi (guitar). Christened Flow, this album will release on May 15, 2018 on CD. The DVD format, containing surround mix, and the vinyl version will both release in September 2018. Both fans and band eagerly await for the first studio album release with this new line-up.