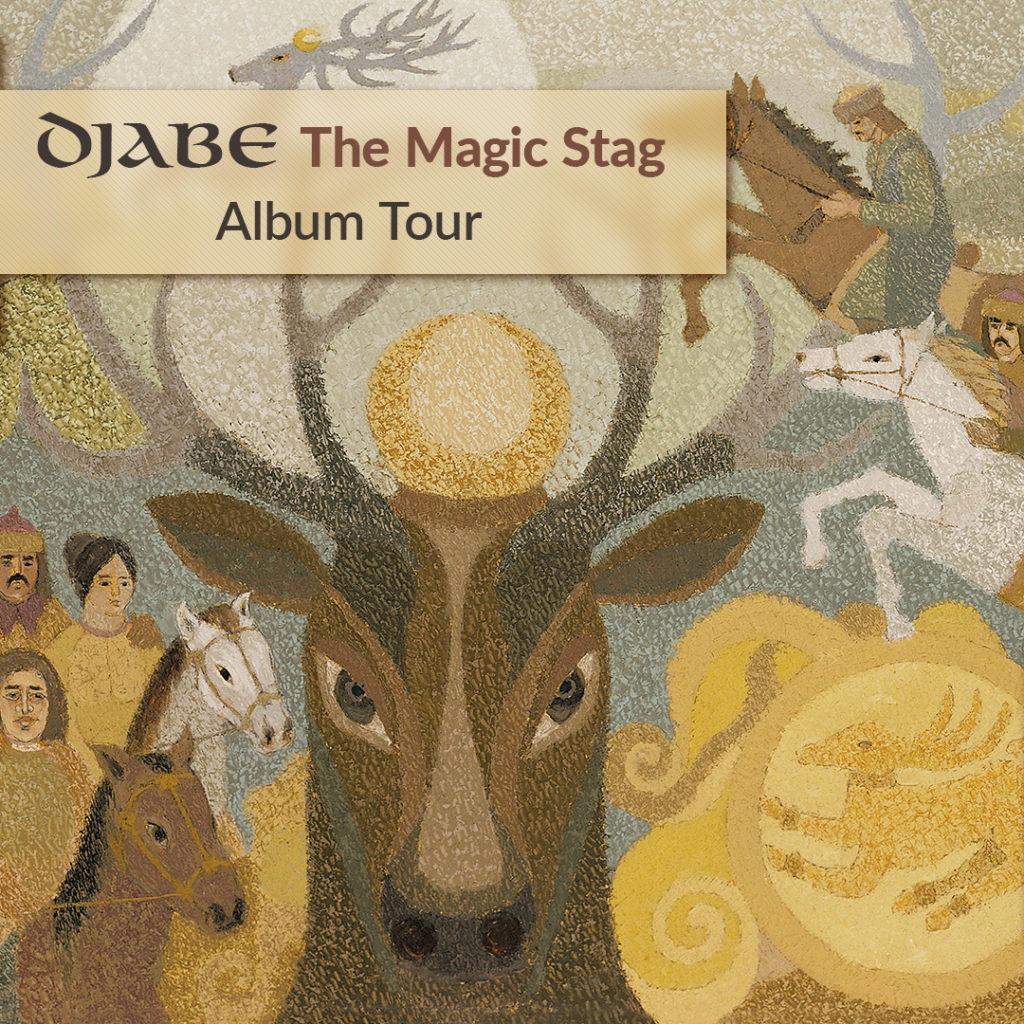 Unique for a Hungarian band, Djabe will release their fifth album in England within 4 years. Yet, this time the album released, by the world-famous Cherry Red Records, under the name Djabe & Steve Hackett: the performer is exclusively Djabe, a tremendous progress for the band gaining its rightful place in the international music scene.

The above does not mean that Steve isn’t featured on the album, as its concept and the lyrics of the title song are due to him and his wife. The creative Hackett couple was inspired by the painting Imre Égerházi: Hungarian myths and legendsto write The Magic Stag.

With this, the creators responsible for Djabe’s musical and creative image were put on a very definite path. Tamás Barabás and Attila Égerházi decided to include as many elements as possible of the treasure that is Hungarian folk music in the title track Csodaszarvas, and to strive to use world music elements in the case of other compositions as well. The album is based on the model of theSheafs Are Dancing, an album from 2003 that brought international success for the band: the concept of basing the music on Imre Égerházi’s paintings: to make the artworks „into music”, so to speak. After a thorough study of the artist’s life’s work, the additional paintings in the album were selected in full agreement, to which the individual compositions can be linked.

The album contains 11 compositions, 9 of which were composed by Tamás Barabás and one together with Attila Égerházi. The final piece of the album, Uncertain Time, is a solo composition by Égerházi. Among the composers we also find Barna Pély, who notes the lyrics of the other song with vocals, Down By The Lakeside. The LP version contains an extra studio track called Sari’s Dream written By Sára Égerházi, Attila Égerházi, Tamás Barabás and Steve Hackett. 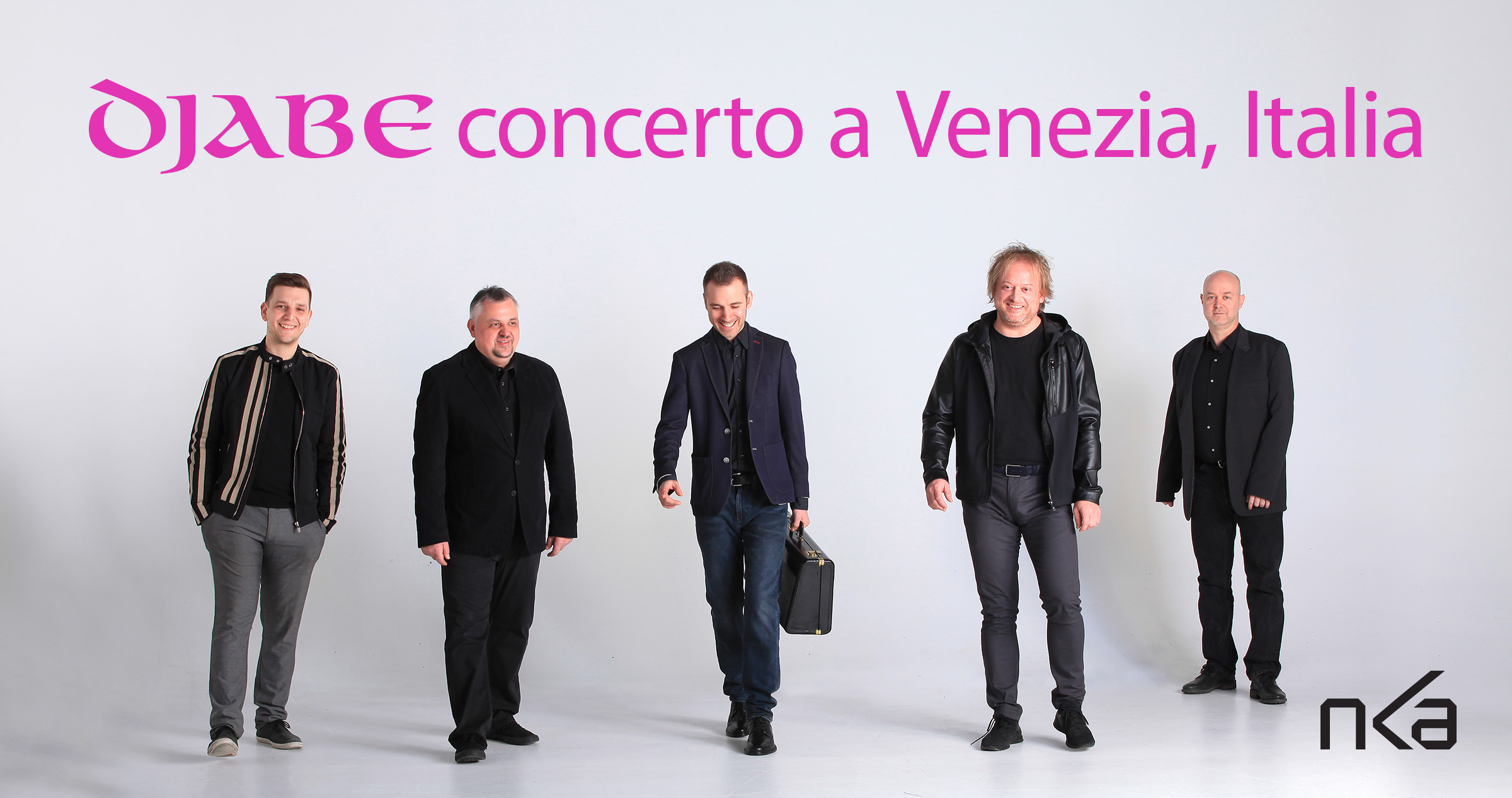 Cherry Red Records will release the album in fall this year, under the label Esoteric Recordings, used for releasing new recorded genuine music. The label is characterized by particularly demanding physical publications, all of which Djabe easily meets, but in the case of The Magic Stagthey kind of overachieved: the digipak, wrapped in elegant paper case, includes a CD containing the entire album in high definition (24 bit / 96 kHz) in surround and stereo sound, as well as concert videos recorded on the band’s 2019 tour, a “quarantine video” from April 2020 and a brand new documentary about the painter Imre Égerházi. The 32-page color booklet features the paintings which inspired the compositions, as well as plenty of interesting bits and photos about the origins of the album.

In the course of his life he received twenty-one state and professional honours. His paintings can be seen in the Hungarian National Gallery, and his oeuvre is represented in the Imre Égerházi Memorial Center in Hajdúhadház, the Déri Museum in Debrecen, and in museums, public institutions and private collections in Hungary and abroad. His work and life inspired the lyrics of The Magic Stag:both the musical world, and the material for the entire album.

Steve Hackett not only wrote the lyrics of the title composition with his wife, Jo Hackett, and featured in it as a narrator but also played guitar in seven tracks of the album. Other guest musicians on The Magic Staginclude Rob Townsend, who plays in Steve Hackett’s band on tenor saxophone, and Malik Mansurov, considered the greatest genius of tar. Older Djabe members like Ferenc Muck (saxophone) and Tibor Karvaly (violin) were also given roles. The band has been working with László Szabó for two years, who also plays guitar and sitar in the magical atmosphere of Power Of Wings.