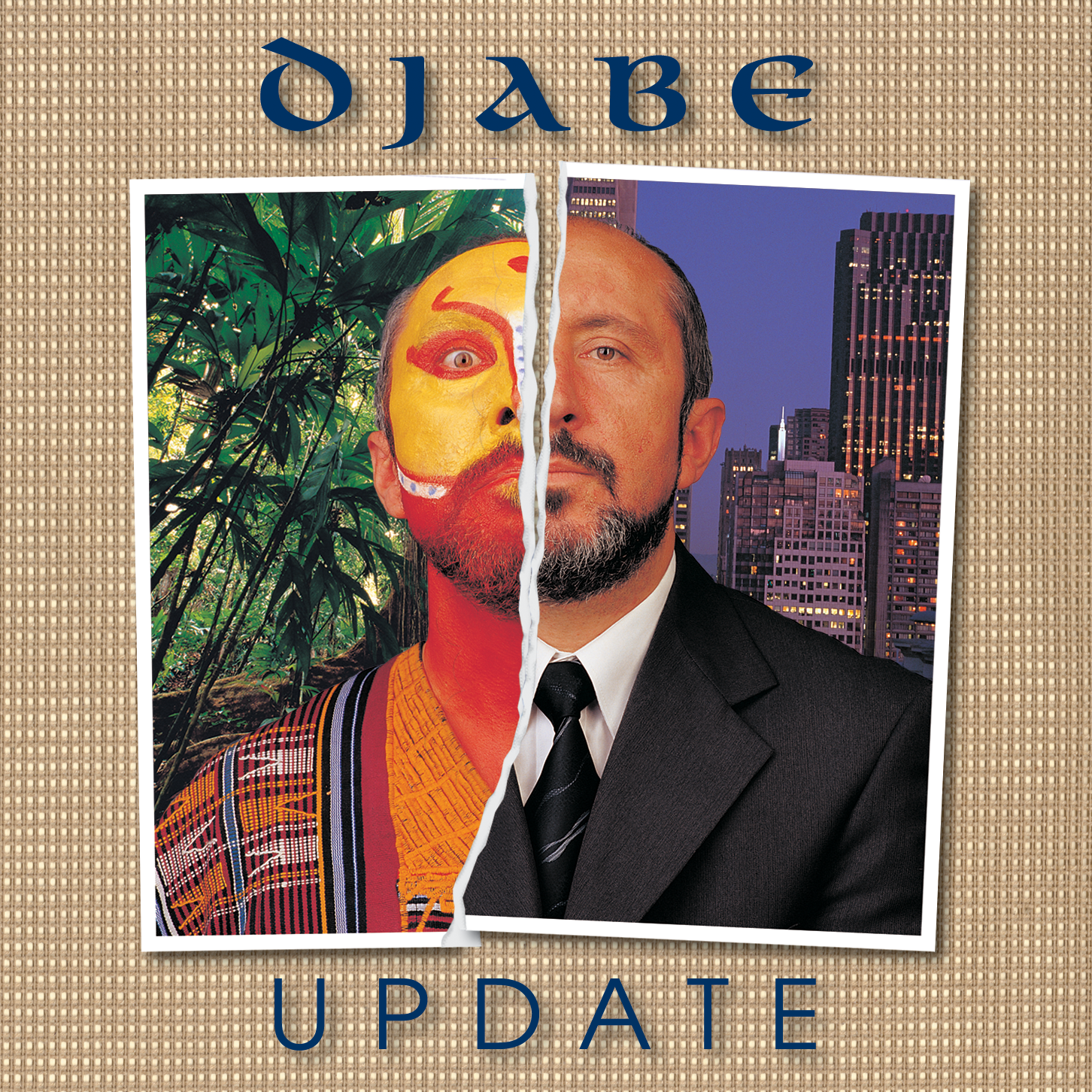 This is an excellent studio album of the renewed band in 2001. The Djabe music kept its original values, but the band made a further step on the road of improvement. The compositions and arrangement became more complex and are of a higher standard.

Update won the eMeRTon Award right after its premiere in May – the professional jurors awarded the World Music Band of the Year to Djabe. This great success did not peak in only the award, as this is the album that brought the first foreign invitations for the band. Since then, Djabe performed in nearly 50 countries, for the joy of the audience.

After the 2001 reformation the band got a new soloist: Ferenc Kovács (trumpet, violin). Next to András Sipos (percussion) arrived the young and talented Szilárd Banai (drums) and made an excellent percussive duo. A position never existed before was filled by Zoltán Kovács (keyboard). Besides András Sipos two more remained from the old line-up: Tamás Barabás (bass guitar) and Attila Égerházi (guitar). Ferenc Muck (saxophone) left Djabe at the end of 2000. Between 1997-2000 Djabe’s sounding was vastly determined by saxophone, and so it had to be filled – and none other did but the Englishman Ben Castle, who expanded the band’s portfolio of instruments by his flute and bass clarinet. At Update’s recordings the Moroccan vocalist-percussionist Saïd Tichiti also appears, with his characteristically Moroccan folk music of gembri and vocal added an exotic flavor to the composition First Step.

The music gained complexity compared to the world music-dominated Djabe of 1996-2000 and made a turn towards jazz, largely because of Tamás Barabás’ compositions, most of them co-composed with Attila Égerházi.

Besides the eMeRTon Award, the CD was also nominated for the Hungarian Music Award, showing the band was still largely popular in its home country. Originally, the album released on casette and CD. In 2011 a new surround mix was made and released in single and double DVD-Audio versions (the second DVD contained the 2001 gig in Szolnok, Hungary in 5.1 mixing, and numerous documentaries and TV appearances). The 2011 Deluxe Edition was the same stereo mix of 2001, because the band was so satisfied with Tamás Barabás’ audio engineer job and did not want to touch it.