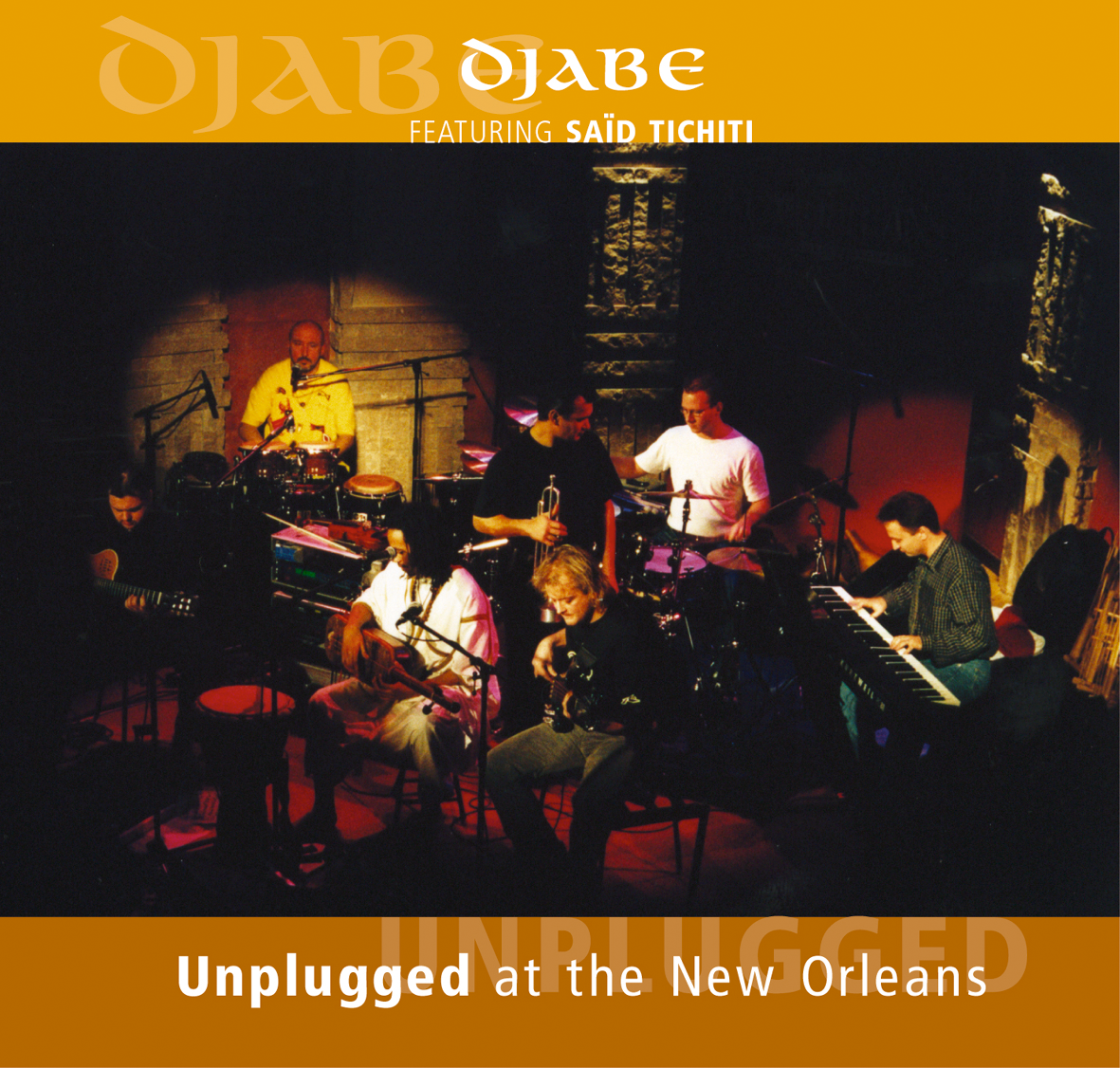 In 2002 Djabe gave concerts on various topics at the New Orleans Music Club in a way that on each night the program was totally different. Altogether the band played more then seven hours (!) of different tunes. On the last two nights unplugged concerts were held. Said Tichiti, the Moroccan musician who played on the Update album, joined the gig on the 19 of November. The tracks on the CD covers the full career of the band from the first record of Djabe released in 1996, to Sheafs are dancing, as well as new adaptations and music tunes which have not been played at concerts – lasting in total more than two hours. The first enhanced CD includes a 14 minutes video from the first performance of the six-member lime-up of Djabe, recorded in the Vasas Sportshall, Budapest in 2001. Besides the video a full band biography and discography can be found also on the enhanced CD. The visitors of the Unplugged concerts can recall the concerts with a photo album, which contains 50 pictures. This unplugged album is more word than jazz music again, and was nominated to the “Best Hungarian world music album of the year”.
“I am convinced that one who sits down to listen to a Djabe CD with the expectation of hearing a very special and unique musical experience has never been let down. We would think that they have already shown everything that could be known about the music of the XXI. Century, and that it could not be further improved upon, but they proved us wrong with their Unplugged at the New Orleans double record. Unplugged is a cruel genre as there is no possibility to cover mistakes, contingencies with technical tricks. However, this is not necessary at these concerts. The musicians prove individually that they are in perfect harmony with their instruments and together the performance is more than simply a summary of pieces. This “chamber” concert has proved that the band is on the right track when it integrated new members in 2001. With this new line-up Djabe managed to bring new sounds even into those compositions, which can probably be heard at every concert. The aim, which was to sound their musical ideas live, and also, to those which were already set at that time, was surely reached with this record. In our musical life where there are crowds of groups being formed with only business intentions in mind, it is rare, but I hope despite all appearances, not unique what Djabe represents. Not being distracted by fashion, they are going forward on the road they have started, and on which expressions are sign posted such as quality, humbleness towards music, endless preciseness and spontaneity based on sheer hard work. Only those who are completely sure in their own performance can afford to work together with such different music characters as Steve Hackett, Ben Castle or Said Tichiti, making it authentic for the audience what they do on stage. It is not without danger when a band is so consequent in following their set aims, but I hope that the stratum, which recognizes and expects quality, within the audience has become stronger, and I am convinced that Djabe has taken a big part in making this happen.”
Neltz János
Hungarian Radio