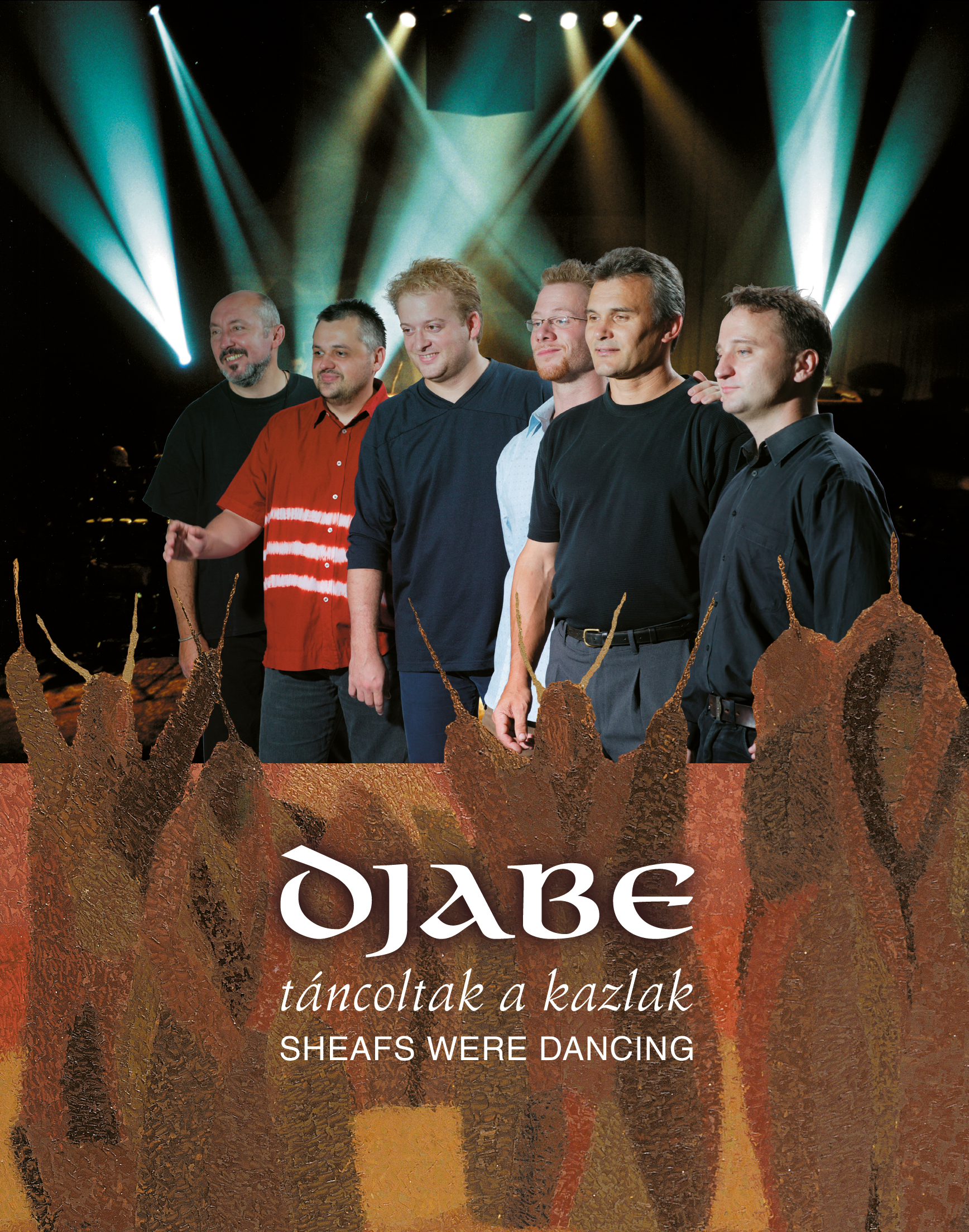 Djabe, the number one national hit on the stage of Hungarian jazz/world fusion and an invited guest star of prominent festivals abroad, has always been keen on presenting its musical genre by multimedia means. Notably, a good example for this is their tour in 2003 called ‘Sheafs were dancing’ This double DVD is an excellent document their first ever tour they committed in live surround sound. You can switch to the screen films from the live concert film checking the paintings influenced the musicians. A lot of visual extras also included both discs.

Notably, a good example for this is their tour in 2003 called ‘Sheafs were dancing’ wherein the band was inspired by the masterpieces of Imre Égerházi, a painter reputed all over Europe. While enjoying the music played, the audience could have been absorbed in the paintings projected on the stage screen as well as the film shots of the motifs that inspired such masterpieces. ‘Iceworld’ has been a particular memento of these, where the major themes of the paintings have been animated on the screen. The creators animated those pieces of the picture series that depicted the painter’s experiences sensing the proximity of death. The band accompanied all this in the frame of a live performance in a real surround sound. The audience found itself in the heart of the music in a concert hall surrounded by loudspeakers as though having been seated in front of the home movie system.

‘The Sheafs were dancing’ double DVD set benevolently revives exactly the same audiovisual sensation again. And even more than that: documentaries, road movies, werkfilms and a concert footage in Germany by the band and other shots about the painter Imre Égerházi have been included in this set. As many as 300 minutes have been included in this high quality digipak double DVD set. This is the double concert DVD set of the album having been on tour that already won the PRince Award and has been nominated for the Surround Music Award of Los Angeles. It was recorded at ’Sheafs were dancing’ tour at Petőfi Csarnok in Budapest on 20th of September, 2003. Attila Kiss, reporter of ’Sztereó Magazin’ (Stereo Magazine), put the followings down: ’The beginning of the concert already clarified that it would be more than a conventional show. Perhaps, the multimedia show could be the right definition for it in the days of the marketing supported projects. The screens placed above the stage, to wit, did not project the conventional concert scenes. The show started with a few archive TV shots, which presented the works of a painter, Imre Égerházi (1925-2001). The band composed the tunes of the album called ’Sheafs were dancing’ by the inspiration of Imre Égerházi’s particular masterpieces. First, I expected that the paintings would be projected on the screen for each composition, but these were added with further delicates. Several of the painter’s amateur 8 mm shots were rolling, which guided us around the natural scenes captured in his paintings. In addition, they composed some more animations based on these paintings. The idea beyond the surround concerts is not new, world history proves it, and any one may have seen such a show already. However, this kind of entertainment was a rarity even in the days of home cinemas. Frankly, I doubted this sort of technology a bit, but when the concert started rolling I calmed down, because Djabe progressed on the right track. The core of the surround effect, if we are allowed to call it like this, was composed of pre-recorded sounds. These were the musical details that were recorded on the CD in a studio, but they could not be played live. These were recorded on a disc that was played from a hard disk during the concert. They also used a bar signal along with the surround base, which having been mixed into the monitor system of the drummer assured synchrony with the pre-recorded base for the band. This was important, because the video material mentioned in the introduction was also rolling synchronically with the base. These elements were prepared by ProTools and played through a Digidesign Digi 001 interface to the PA system. The presentation of the video stuff was done through the video card of the computer. I was compelled to conclude that the band challenged the whole thing professionally. We were part of such a musical experience that was a real sensation at Pecsa! The well-tuned background sounds neither bothered the happenings on stage, nor drew the audience’s attention away. Their effect perfectly amplified the feelings and atmosphere, which the band generated to the audience. The overwhelming effect of all this triggered a real impression in me, in fact, an impression as if I had been part of the music and the sounds, which the audience usually enjoys passively. The music I had already known from the CD showed its totally different, new and clear face, which guided me towards the sphere of a much deeper insight. I believe I may surely say that the high quality of the sounds represented a high-end level even amongst concerts having sound systems, which was also a pivotal point of the whole event. Extraordinary senses selected and edited this concert material. Scene perfectly collaborated with music and sounds, it did not distract attention, it supplemented the tunes and I may even say that it constituted an integral part of them. If I had to define the show held on September 20, I would pick some sort of an expression like ’total arts’ or something – this would cover it correctly. I think the spoken manifestation can more or less claim its position amongst the classic pieces. Experiences, feelings, memories casted in songs represent a unique composition with plenty of creativity, by the exploitation of the technical options of the present and with maximum performance.’