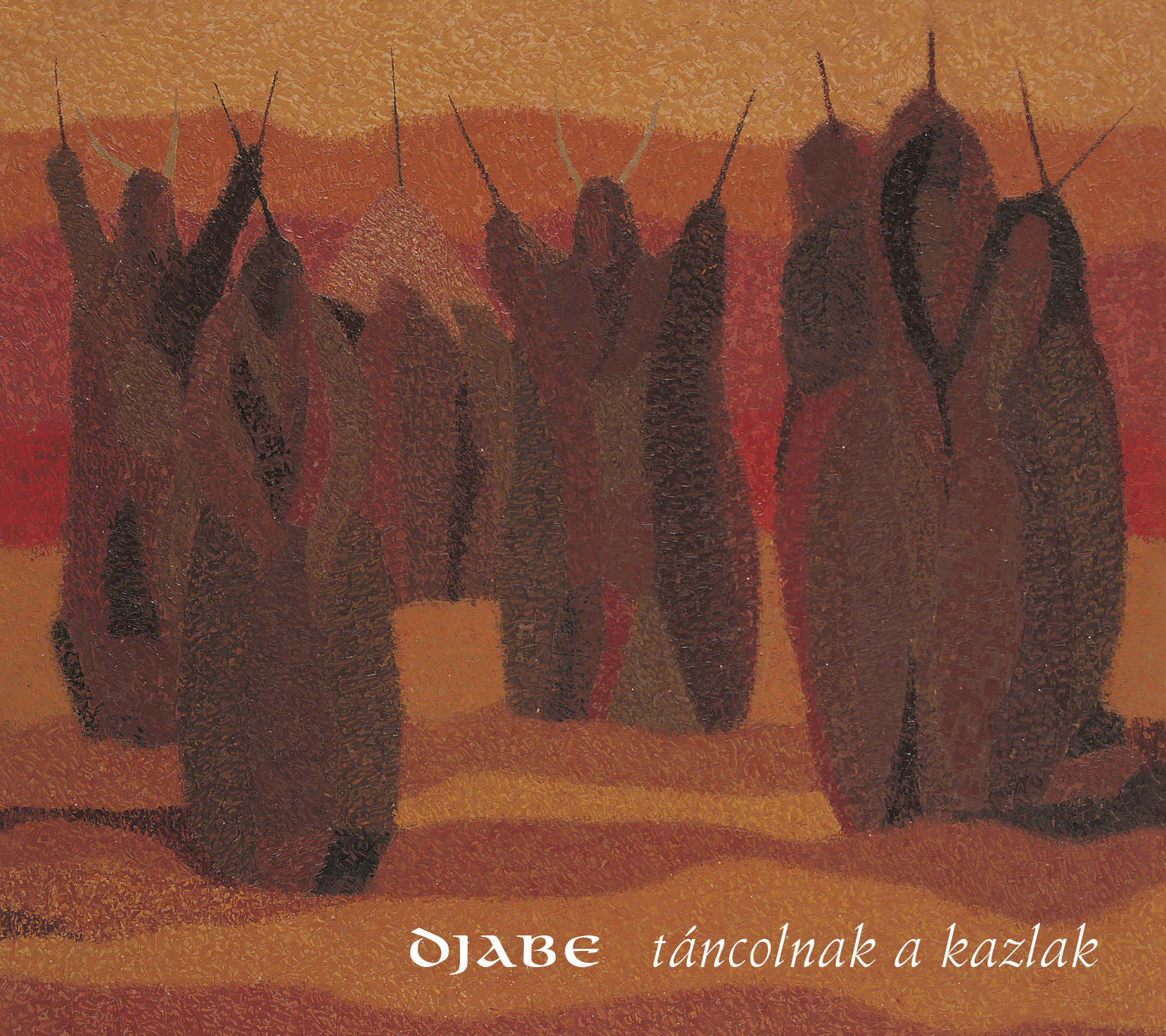 The outstanding Hungarian representative of jazz/world fusion music has this time mainly taken inspiration from the treasure of Hungarian music. Barabás Tamás’s and Égerházi Attila’s compositions were inspired by the paintings of painter artist, Égerházi Imre. This was the first Djabe album, where Steve Hackett played on acoustic and electric guitar.

The compositions were inspired by paintings of artist Imre Égerházi which gave the album unique importance. The editorial concept followed the ’one painting, one track’ policy and consists of compositions of bass guitarist Tamás Barabás and guitarist Attila Égerházi. The band succeeded in mirroring the visual thoughts of the painter, with sounds ’painted across’ the canvases, and carried the visual experience further. The tracks echo the spirit of the Great Hungarian Plain, the Transylvanian landscape, or the field trips to Italy, Bulgaria, Poland and France. Djabe received numerous foreign invitations with the album and this was the beginning of international career for the band. Replicas of the paintings made it to the high-quality handbook used by Djabe crew to pack the ‘Sheafs are dancing’ CD so tracks and paintings can easily be compared, looked in parallel granting a highly unorthodox music experience. Imre Égerházi, thought to be one of the most prominent artists of the Hungarian plain’s landscape well before his passing, created a unique visual world. Inspired by the slices of life and music from the Hungarian Plain, Hortobágy and Transylvania. The most value of his art is his unique style. In addition Imre Égerházi was Hungarian, but also a real cosmopolite – just like Djabe. The still-lifes of the artist mirrored his love for beauty and nature. ‘Sheafs are dancing’ is one of the most important milestone in Djabe history for many reasons. For one, this album features more structured compositions. For more, after the different folk-like (African, Asian, Oceanic, Native American) elements Hungarian, Pannonian Basin folk tunes characteristics surface for the first time, mainly for bridging between the music and the style of the paintings. We must mention Ferenc Kovács’s powerful and ingenious violin play capable to embrace the whole Pannonian Basin with unparalleled musicality and spirituality, being “one of the most original sound in the whole of Europe”. His “uniquely Hungarian, rustic baroque play fundamentally defines” the CD. Being one of the most important milestone of Djabe, ‘Sheafs are dancing’ is an outstanding recording with professional mixing which results in a sounding of unparalleled quality, earning the praise of Hi-Fi enthusiasts and High End saloons. The epoch-making album’s DVD-Audio version had its authoring process made in London’s Abbey Road studio and received Prince Award in 2004 in “best multimedia creation” category. In the next year a nomination for “best extra content” was issued at Los Angeles Surround Music Award. Tamás Barabás made a triple effort for the album as composer, musician and sound engineer, all three with superb results earning professional recognition and praise for the artist. An outstanding performance the likes of which only few can achieve.