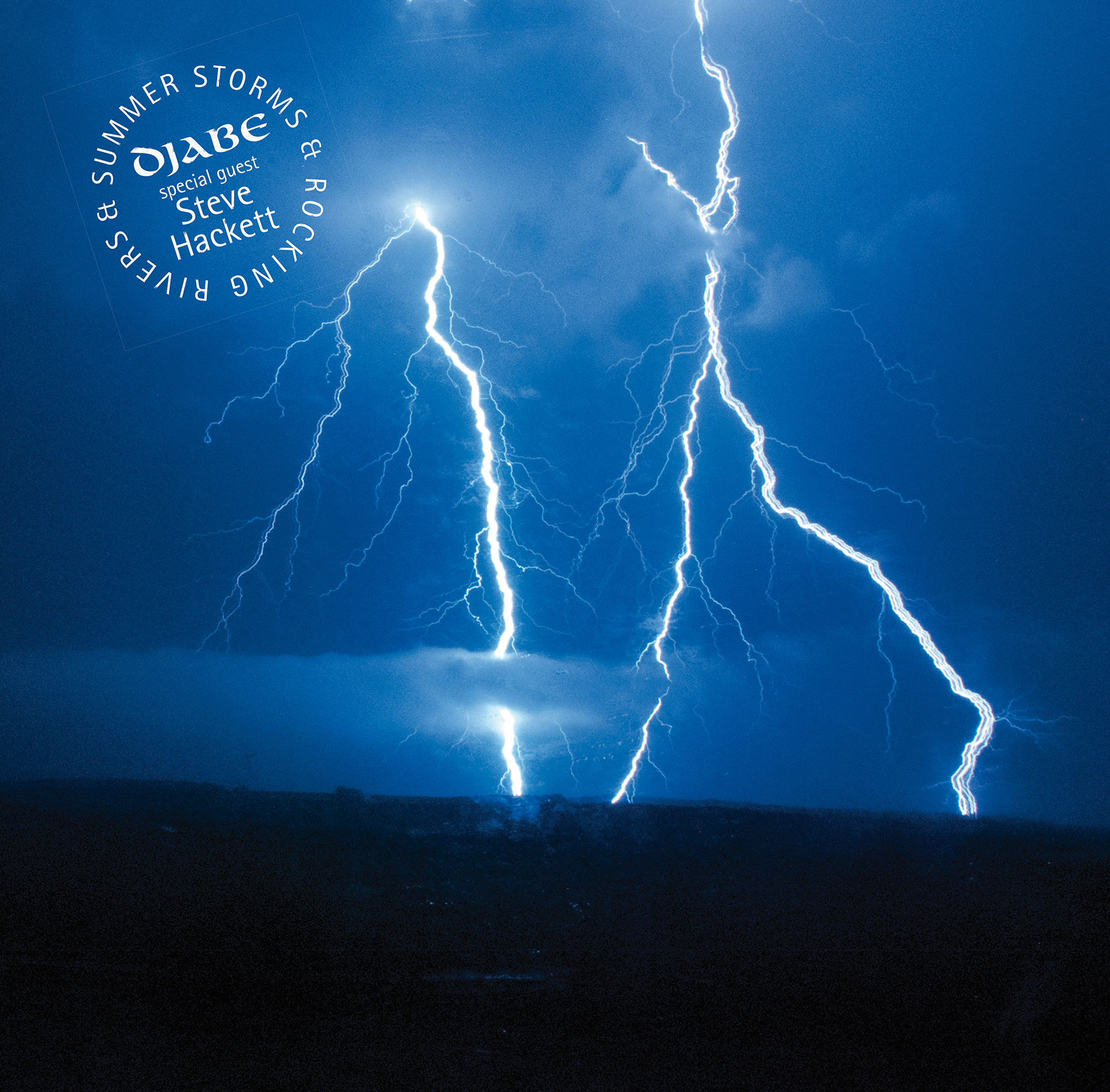 The new live album of Djabe is the third record in succession they release together with guitarist Steve Hackett from Genesis. The first album was the Sipi Memorial Concert of 2008, followed by the double CD entitled In The Footsteps of Attila and Genghis, released in 2011 of their Middle European tour in 2010. The band borrowed the title from Steve Hackett’s tour blog in which the guitar legend describes his wanderings with his Hungarian friends across Russia, Bulgaria, Macedonia, Serbia, Austria and Hungary. Summer Storms And Rocking Rivers is the second album that takes its title from Steve’s blog. The double album was recorded in Bratislava during the tour of 2011. During the July shows the band’s journey was interspersed with big summer storms in Hungary and Slovakia. The rivers in the title refer to the Danube, linking Bratislava and Budapest, as well as the Tisza which touches the city of Tokaj. The second stop of the tour was the MMC Club in Bratislava, where the band had been awaited by Slovakian fans hungry for Genesis melodies. The fact that Steve Hackett had never performed before in Slovakia gave a special intensity to the show. The 2011 tour featured a lot of new elements compared to the 2010 concert series, as this time Steve, at the request of Attila Égerházi, also brought an acoustic instrument besides his inseparable Fernandes electric guitar. Thus the playlist could be extended to include acoustic songs like Ace of Wands, the extended version of Firth to Fifth, and also Horizons and Blood on the Rooftops, Steve’s best-known solo pieces from the Genesis era. Compared to 2010, the setlist played in Bratislava brought changes concerning the Djabe songs, too, as Scenes, Rush For Ménes and Flowers Stillness were also included.  Steve could fit very well in these compositions and several already classic ‘Djabe special guest Steve Hackett’ songs were played. To name just a few: The Steppes, City of Habi, Butterfly, Last Train To Istanbul, In That Quiet Earth, Distant Dance. The interesting thing about the album is that it will not be released on CD, only on the traditional vinyl record. The design is of extra quality, due to the gatefold cover. The cases containing the records are also printed in four colors, but the most important information is that the records are pressed on 200 gram audiophile vinyl. Gramy Records made this decision to support vinyl releases and encourage the listeners to get back to physical recorded music. However, those who don’t feel like dusting their record player or buying a new one will not have to despair either, as the Bratislava concert will be also released on DVD by Christmas 2013. One of the interesting features of the double album is that the fourth side ends with the closing part of Genesis classic Los Endos, which was recorded not in Bratislava in 2011, but in Budapest, on the stage of IBS in November 2012.  As an extra specialty, this number features Mezzoforte icon Gulli Briem as second drummer.

Side A
City Of Habi
The Steppes
Butterfly