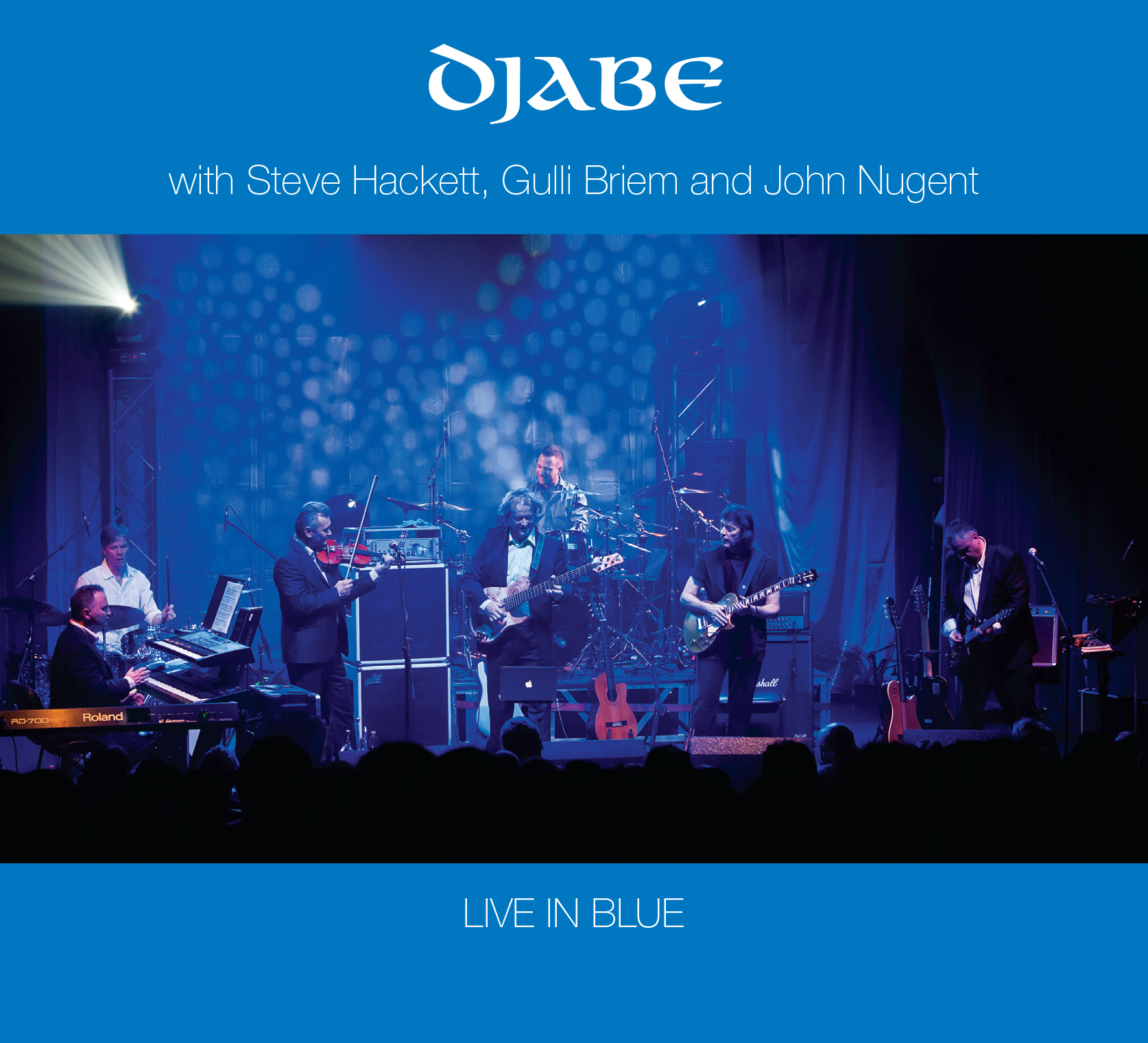 Order online
Buy it from iTunes
Listen to on Spotify
Buy it from songs.hu
Buy it from Amazon
Listen to on Deezer
RELEASED: 2015
ARTIST: Djabe
LABEL: GR1993 Records
CATALOGUE NUMBER: GR-116-2
NUMBER OF DISCS: 2
Djabe: Live in blue 2CD
CD All

The recordings made at the Down And Up stereo and surround tours during 2012 – 2014. This is the second part of the Djabe: Live in Blue LP, 2CD, DVD, Blu-ray and five disc box series. The length of the two CDs together is 158 minutes. There is only 32 minutes common content with the LP. The 2 CD contains 80 minutes music not can be found on the Blu-Ray. Djabe in 2012 in connection with the Down And Up album release started a concert series in Hungary, Europe and Canada. The tour lasted until the summer of 2014. The gigs are often joined by friends of the band. Steve Hackett played guitar from Genesis, Gulli Briem of Mezzoforte added drums and percussion, living in New York the Canadian born saxophonist John Nugent (Tony Bennett, Ella Fiztgerald) completed the list of guests. The Miskolc concert on 10 November 2013 was particularly unusual because the Miskolc Symphony Orchestra and Sára Kovács on flute also contributed to the program. The 2CD represents each stage line-up of the all the gigs.