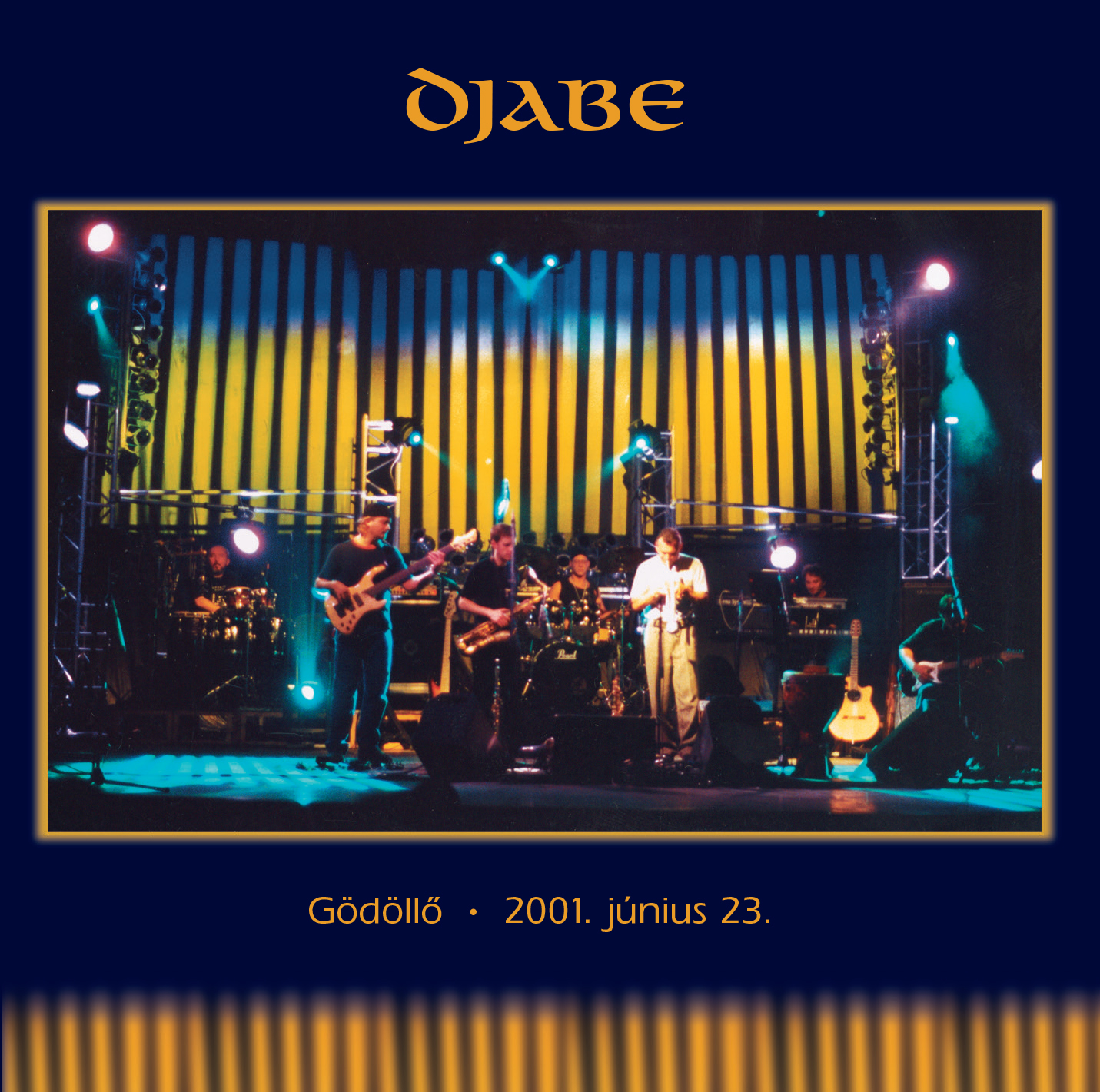 The album, Update came out in June from the renewed band in 2001. After the press conference the band marched into the rehearsal hall and got prepared for its biggest country tour at that time. On 21st of July Ben Castle, the English saxophone player, joined the band. We have already published the memorable moments of this rehearsal of the 21st on the “What more to know about Update” CD. The main rehearsal was held in Gödöllo Theatre on the 22nd and the performance was on the 23rd. It is interesting to compare the rehearsal of the 21st and the performance material of the 23rd. In two days the production became completely mature. It is worthwhile to listen again to the performance of the seven-member Djabe before premier as this was the beginning of a very important era in the life of this band. It is enjoyable to notice the reaction of Ben Castle and Ferenc Kovács to each other’s play. One of the treat of the Gödöllo recording is the “My Way” composition of Tamás Barabás.
We recorded the material of the DVD, Flying, five days later in the Petõfi Inn. Before that Gödöllõ, after that Cegléd (Bori Jazz), Szolnok, Békéscsaba, Zalaegerszeg after the PeCsa, Székesfehérvár, Debrecen (Jazz days), Gyor and final destination Deménd (Slovakia). We have published a record of the Deménd performance on the “live in Slovakia” club CD.