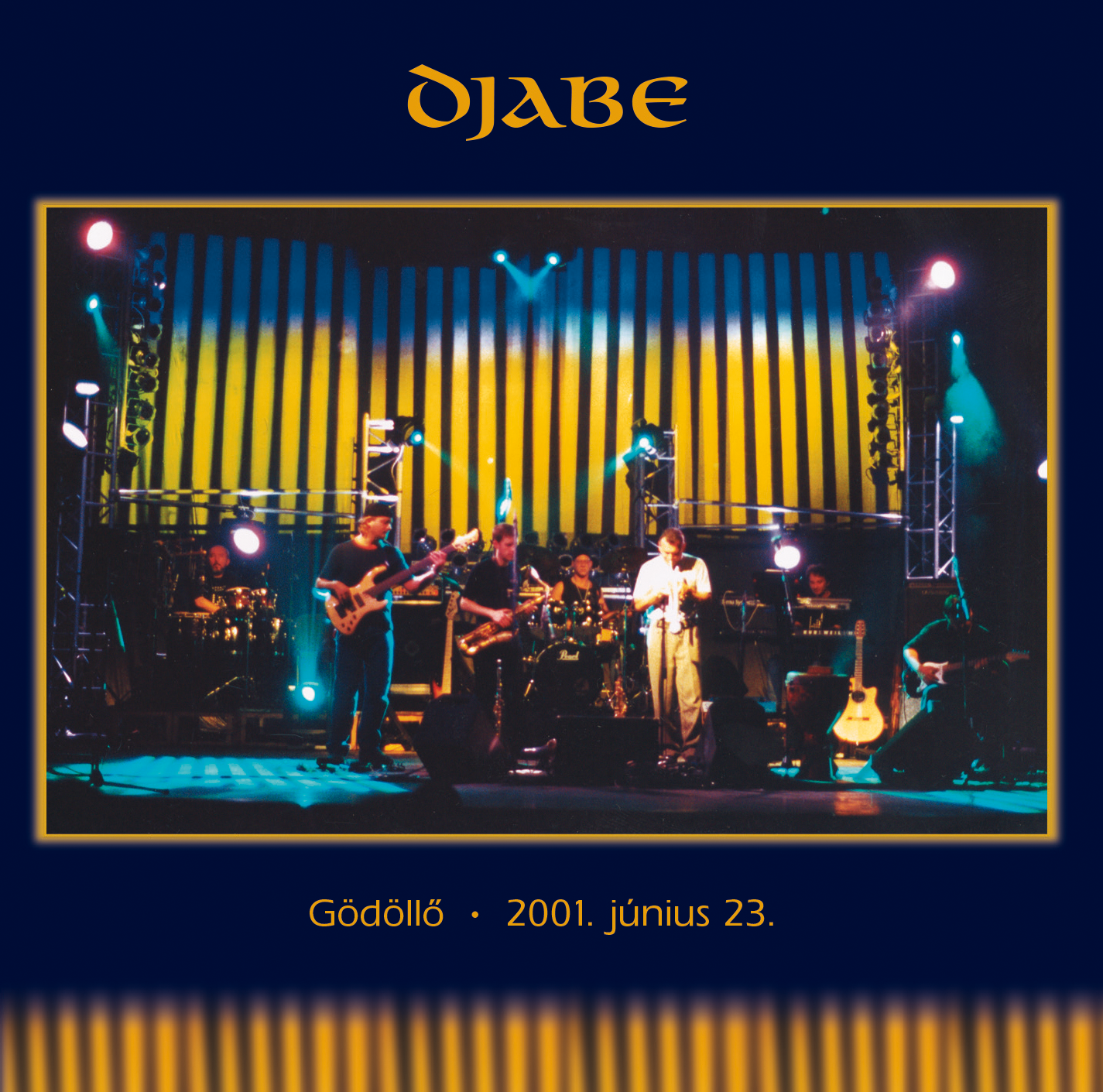 An expanded, remastered re-release of the CD originally issued in 2004 from Djabe’s legendary Update tour. The band’s album Update originally released in early June, 2001. After the press conference, the band went to rehearse and prepare for a then-grandest nationwide tour. On June 21, Ben Castle, a saxophonist from England, joined the band.

The production rehearsal of the tour took place at the Gödöllő Theater on the 22nd, followed by the first performance on the 23rd. It is worth listening to the premiere performance of the 7-member Djabe, as it was the beginning of a significant era in the life of the band. It is enjoyable to watch the stage reactions of Ben Castle and Ferenc Kovács to each other’s play. One of the delicacies of the Gödöllő recording is Tamás Barabás’s composition My Way. A multi-track audio recording was made at four locations on the Update tour. The Budapest gig was featured on the album Flying, while the one in Szolnok released in stereo and 5.1 on the 2012 re-release Update in 5.1, both on DVD.

The concert in Gödöllő was the opening stop of the tour. Nevertheless, the production was already fully mature and enjoyable to listen to. This CD of this concert was released in 2004 by the Djabe Club, an extended version (with one extra track) of which is held by the esteemed listener. The original mix was remastered by Tamás Barabás, and the third track, a composition titled Above the Skies was added as a bonus.