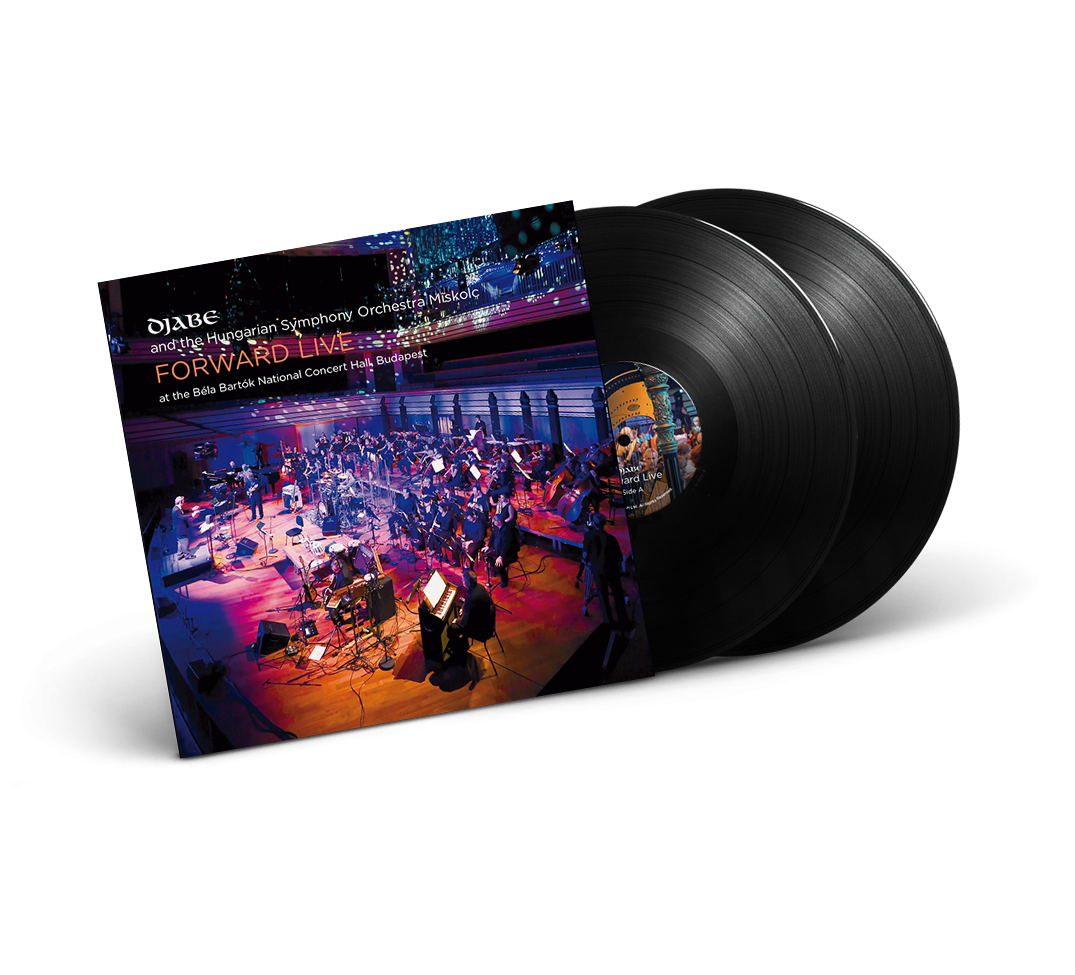 Djabe released Forward in 2014, an album made with the inclusion of the Hungarian Symphony Orchestra Miskolc. Both the audience and critics hailed this release as the paramount Djabe experience. The most outstanding about Forward are the compositions, born to feature Djabe and the symphonics as equal partners: two musical worlds complementing and completing each other. Many claim Forward is the best ever album released by the band. Compositions made by Tamás Barabás and Attila Égerházi, symphonic sections were written by Tamás Barabás and orchestrated by Zoltán Kovács. Album premiere was held at the Béla Bartók Music Hall of Müpa Budapest, on 10th of November, 2015, with the complete album performed by the band and the HSOM, conducted by József Reményi. Stretching this premiere to a 2-hour length, Tamás Barabás re-imagined the piece Iceworld for symphonics and, further more, a medley was born from old Djabe songs with again, a symphonic touch. The studio album feature many guest musicians, with the two most important (Azerbaijani tar player Malik Mansurov and Hungarian tabla player Tibor Mótyán) also attended on the live performance. The concert is available in two release forms. The vinyl version was pressed by Europe’s very best pressing plant, the Record Industry, Netherlands. The double 180g black records provide the best audiophile experience can get on vinyl. The gatefold jacket features rich illustrations and writings about the story of the concert. Records are protected by antistatic poly inner bags.

Side A
Forward, Mr. East, Hang Out,