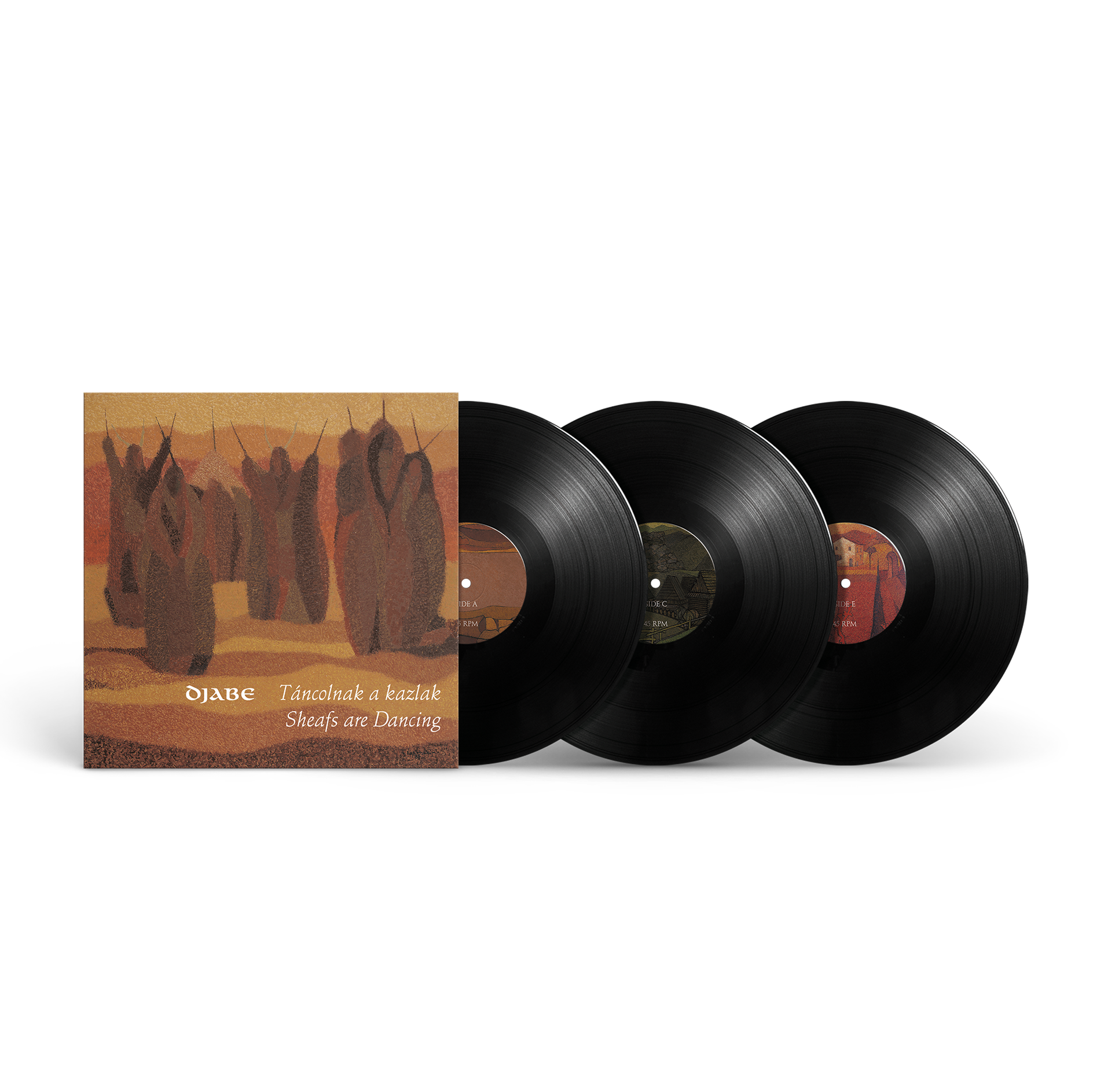 One of Djabe’s most successful albums that brought the band international acknowledgement, now available on vinyl the first time! This album is the first to feature Steve Hackett, guitarist for Genesis, besides Djabe.

Sheafs are Dancing was composed based on the art of Imre Égerházi, internationally known painter and father for Attila Égerházi (band leader and guitarist of Djabe). This “one painting – one composition” concept, perfectly executed, granted numerous awards and nominations, both domestic and foreign (most important of these being the nomination for the Los Angeles Surround Music Award). The music is an outstanding world/jazz fusion from Djabe, with plenty of Hungarian musical motifs. The composer-pair of Tamás Barabás and Attila Égerházi forged the band together, resulting in a musical unity of higher levels. The sensitive skills of composer Barabás grasped the essence of the mood and story told by the paintings. This is the album that opened the doors of international for Djabe, now a band performed in almost 50 countries.
The audio engineering skills of Tamás Barabás was already praised in 2003 by Abbey Road Studio engineers, when doing authoring for the DVD-Audio version of the same album. In 2019 the world-renown mastering engineer Miles Showell did the half-speed cutting, from new analogue master tapes made by Attila Égerházi, again at the world-famous studio in London. For the best possible audio quality, the RPM is 45, as this is the ultimate analogue form of the vinyl. The album stretches on 5 sides, each one runs for 15 mins. The 6th side contains live bonus recordings, from the Djabe and Steve Hackett Sipi memorial concert help in 2007 in Budapest. From the show they selected Sheafs are Dancing tracks with Steve Hackett.

Sheafs are Dancing has superb high quality packaging. All the three records inserted in separate jackets, and all the inner sleeves are printed too. The three jackets housed in the slipcase cardboard box.

Sheafs are Dancing
Scenes – Above Poland
Scenes – Sunset at the Seaside

Hortobágy at Winter
In the Snowstorm
The Mountains of Gyimes

Behind the Veil
Talkers
Reproach

The House on the Hill
Flying
Iceworld