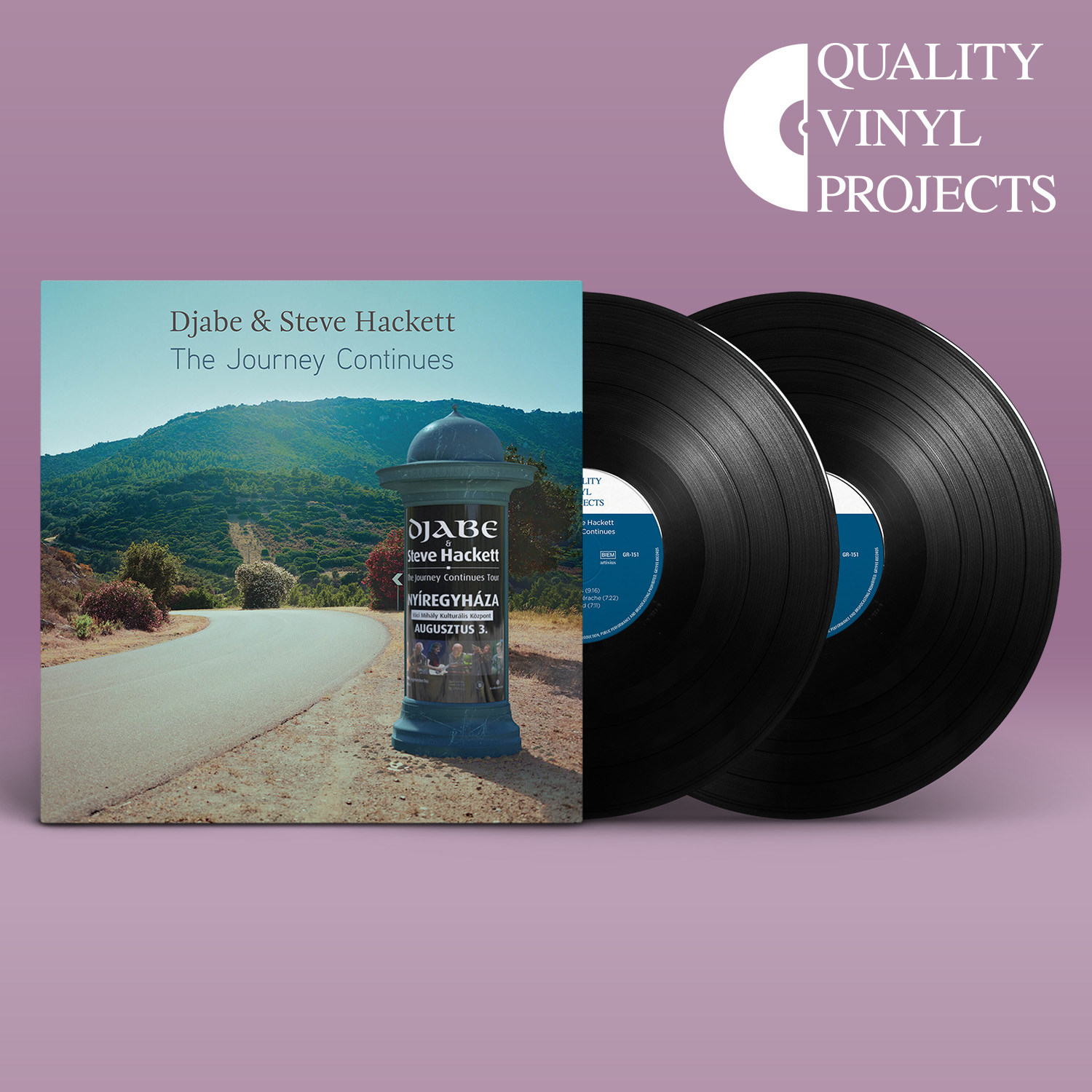 The Journey Continues Tour in 2019 reached three countries in early August. The closing night performance was recorded in Nyíregyháza, Hungary.

Attila Égerházi talked about the set-list of this tour: „During the compilation of the 2019 concert set-list our common creation, the pieces of Life Is A Journey, formed the backbone of the show, complemented in healthy proportions by compositions by Djabe, Steve Hackett and Genesis. We have always strived to be able to show our audience something new, so once again now we have included compositions that we have never played together. Such as one of my personal favourites, Hairless Heart from Genesis’s Lamb Lies Down On Broadway opus. For the first time in Djabe’s repertoire, we played the New Words with Steve, while Reflection Of Thiérache was last on the set list in 2008. This was the first composition in which Steve contributed to a Djabe album, back in 2003. Tears For Peace is also almost new, as we only played it live a few times after its 2012 release. Castelsardo At Night premiered on this tour live from the album Life Is A Journey.

The performance was excellent, Steve wrote in his blog after the concert:

”It went well, Djabe’s extraordinary musicianship was appreciated and everyone was in great spirits.”

LIFE IS A JOURNEY
CASTELSARDO AT NIGHT
TEARS FOR PEACE
23:55