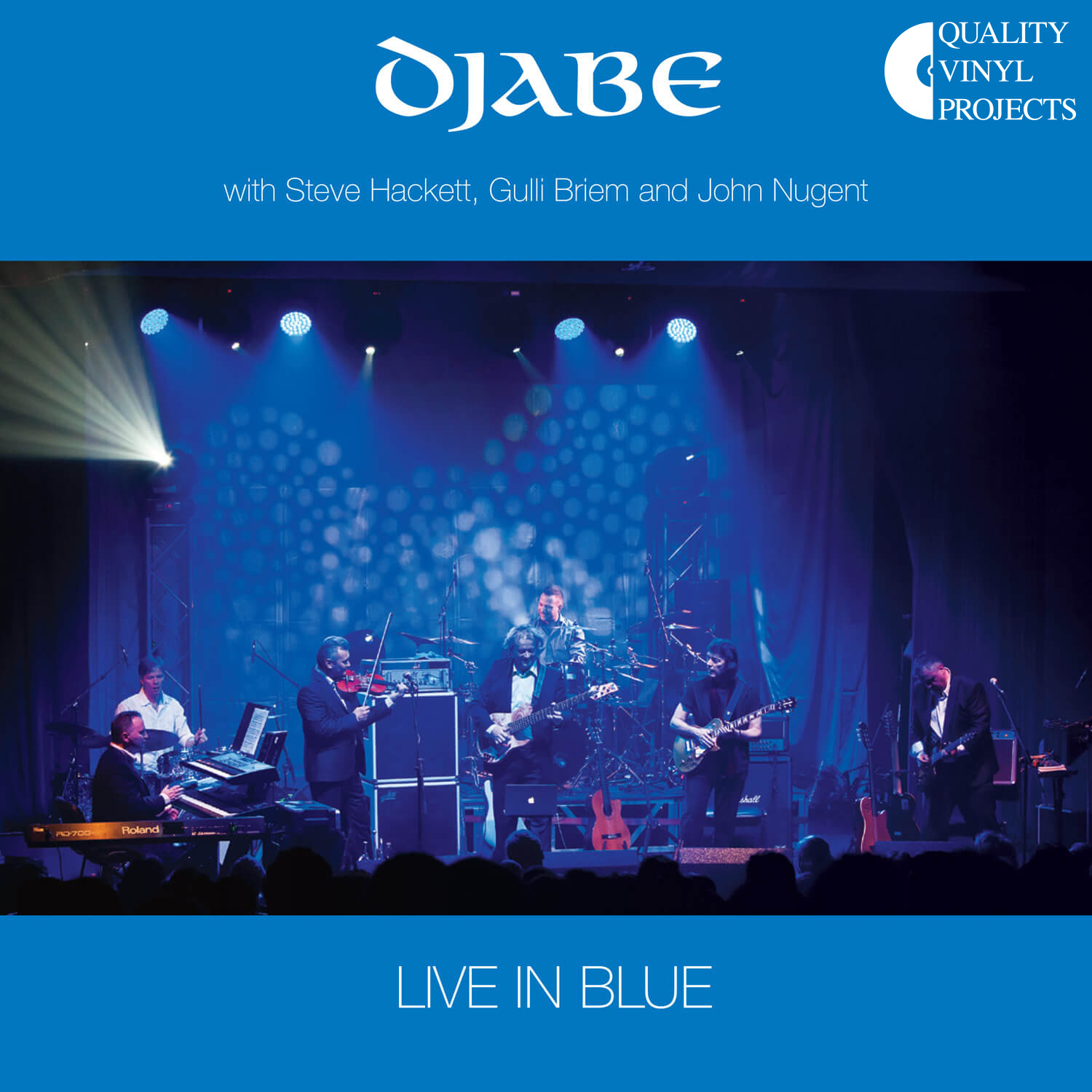 The LP version of the Live in Blue series limited edition produced at standards of the Quality Vinyl Projects. The new extended cover jacket contains 16 new photos and description of the album.

The recordings made at the Down And Up stereo and surround tours during 2012 – 2014. This is the first episode of the Live in Blue LP, 2CD, DVD, Blu-ray series. Each release will contain minimum one track is not can be found on the other discs.
Djabe in 2012 in connection with the Down And Up album release started a concert series in Hungary, Europe and Canada. The tour lasted until the summer of 2014. The gigs are often joined by friends of the band. Steve Hackett played guitar from Genesis, Gulli Briem of Mezzoforte added drums and percussion, living in New York the Canadian born saxophonist John Nugent (Tony Bennett, Ella Fitzgerald, Woody Herman Orchestra) completed the list of guests. The Miskolc concert on 10 November 2013 was particularly unusual because the Miskolc Symphony Orchestra also contributed to the program.
The first item in the Live in Blue releases, the vinyl LP represents each stage line-up of the all the gigs. You can hear the classic line-up of Djabe in Los Sipos from the Miskolc concert and Life Spirit from Óbuda. These compositions will not appear on the other Live in Blue discs.
Steve Hackett with Djabe can be heard on the Ace of Wands from Miskolc. Jacuzzi and the Overnight Sleeper are also from Miskolc. Zoltán Kovács arranged and conducted the symphony orchestra. The two soloists were Sára Kovács on flute and Steve Hackett on acoustic guitar.
Djabe in 2013 at the Pecsa Music Hall recorded the rest of this LP, where Gulli Briem and John Nugent were the guest musicians. These pieces as two long medleys give an overview of the long career of the band. 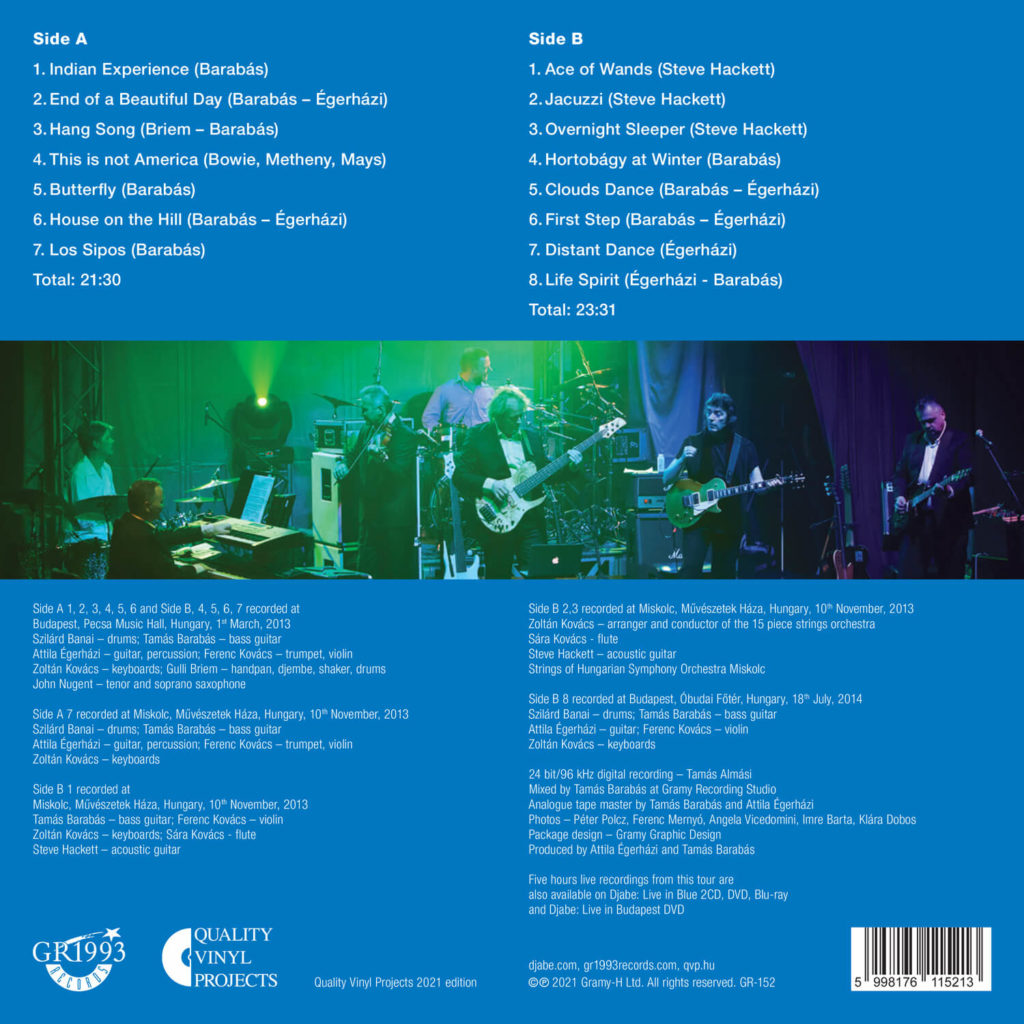